All photos taken by Quentin Thwaites for The Dandies annual Movember fundraiser, Close Shave2: The Next Generation.

Fratwurst try to console each other over their birth names

Brandon Ash-Mohammed makes us wonder about so many funny things 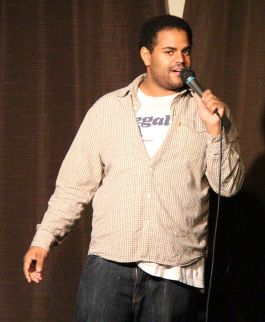 Brandon Ash-Mohammed throws some zingers at the audience 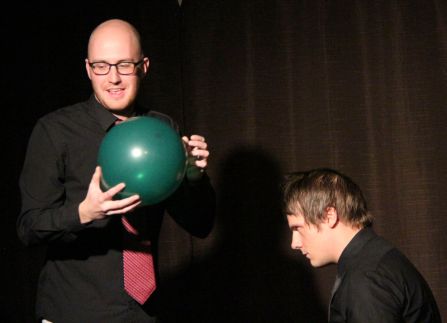 Quick tune up before the fun starts 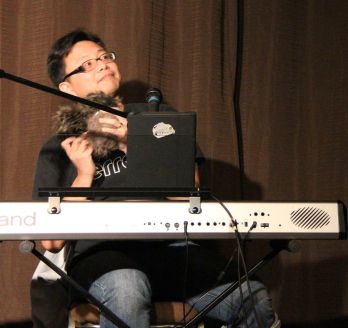 Errol falls over under the weight of the Tribble lovefest 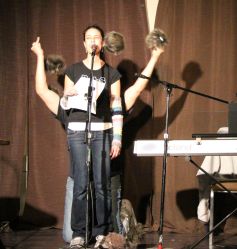 Debs, of DebsandErrol, attempts to sing Tribbles while Errol attempts to throw every Tribble at her 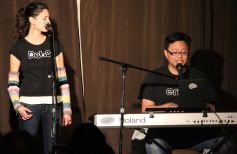 Debs wonders how long before Errol starts the Tribble assault

Fratwurst holds moral court on the back wall curtain 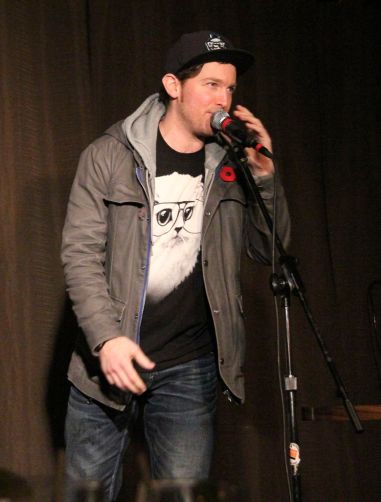 Wordburglar shared his rhythm and style with the audience

Wordburglar gets the audience involved in the chorus

Fratwurst is about to get up close and personal 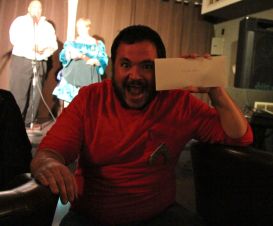 redshirt Zach makes off with a Silver Snail gift pack 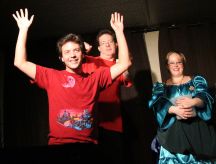 The 50-50 winner donated his winnings back to Movember Canada. He deserves a high-ten 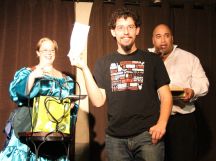 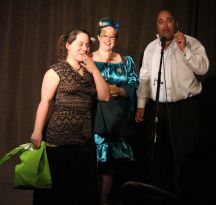 The MAC cosmetic prize pack winner has a secret 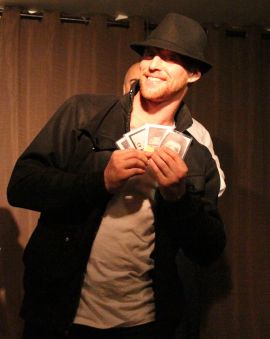 Winner of a set of Squaracter images 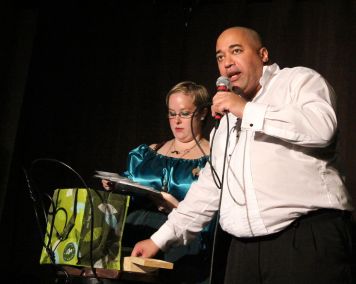 The Dandies choose the next raffle prize and winner 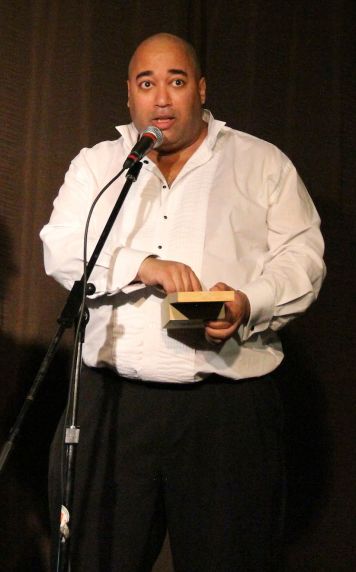 Dale is rendered speechless while drawing a raffle winner 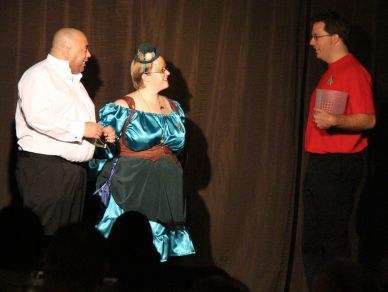 The first raffle winner gets a MAC cosmetics prize pack

Dale gets ready to make his move post proposal

Em Modd made these tasty treats for us 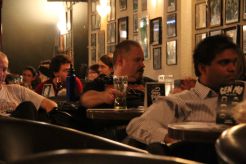 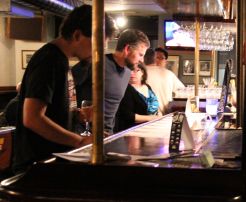 People look over the multitude of silent auction items

The engagement rings. She said yes a thousand times. He owes 998 more rings. 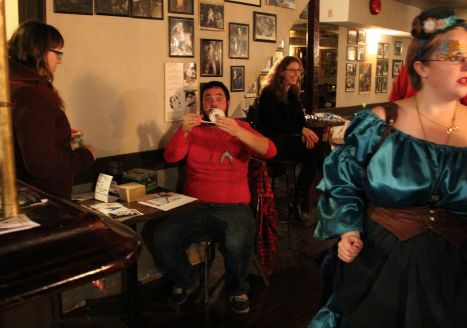 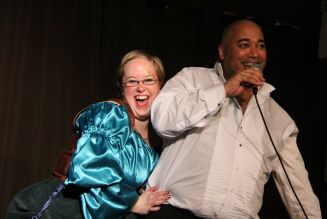 Andie finds out that Dale IS a little teapot

Em Modd with her creations!

Creator of the glowing mug, Devin Melanson (from Copy Red Leader), proudly goes where no audience member has gone before 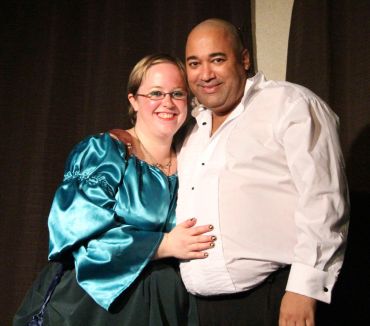 GenMo audience having a great time at Close Shave 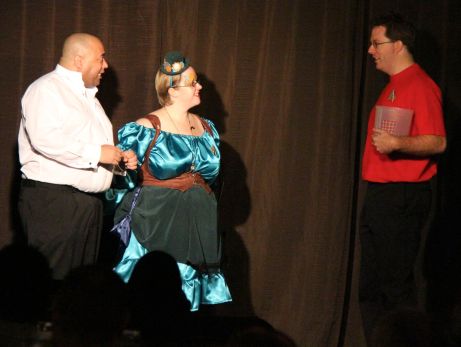 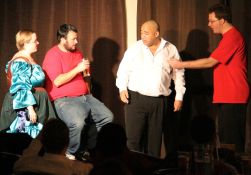 The Captain has odd demands for securing his ship

The Dandies thwarting the Tribble horde one lick at a time 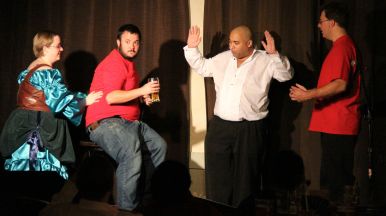 The Dandies have had enough of redshirt Zach’s shenanigans