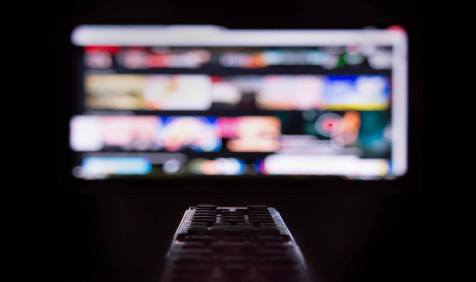 Spoiler: The first teaser trailer for Star Trek: Picard is included at the end of this blog.

Early episodes of The Dandies’ Star Trek improv show, Holodeck Follies were peppered with references to the adventures and the crew on Star Trek: The Next Generation. Tachyon Field, my captain character, continues to use the Picard maneuver (adjusting his jacket) in homage to Captain Jean-Luc Picard.

Despite the long wait for Sir Patrick Stewart to return to television, specifically the Star Trek universe, I cannot wait to see what his character gets up to.

Will Jean-Luc have hardened or softened in the years since we last saw him?

Jean-Luc was the Diplomat – he was always trying to think his way through a problem or bring peace through words. Will his experiences between the end of Star Trek: The Next Generation and the beginning of Star Trek: Picard have emphasized that or changed it? Add to that the roles that Sir Patrick has played since, in the movie Green Room, and the television show Blunt Talk and I’m excited to see where the character of Jean-Luc goes in this new series.

Why Sir Patrick and not the other Star Trek alumni?

Over the years, a couple of Star Trek actors have pitched showrunners to have their characters return. William Shatner tried get Captain James T. Kirk back on television for decades, despite his character heroically dying in the movie Star Trek: Generations.

Michael Dorn championed a Captain Worf show for many years and I was on board for more Worf. His inclusion in Star Trek: Deep Space Nine elevated that franchise immensely. With Sir Patrick returning, I hope that he aids Michael Dorn in bringing Captain Worf to the small screen, even if it’s just an occasional guest appearance in Star Trek: Picard.

Sir Patrick had said many times in many interviews that he was done with the Star Trek universe and yet he’s returning in 2019. So what are the chances that Captain Sisko (Avery Brooks) or Admiral Janeway (Kate Mulgrew) would be willing to stop by and share some more screen time in this new show? Both have moved on with Brooks being a professor at UCLA and Mulgrew performing in Orange is the New Black. Again, it would be nice if they returned – even for a cameo.

When will we get to see the new Star Trek: Picard?

The short answer is that we don’t know yet.  The longer answer is that Alex Kurtzman, executive producer of Star Trek: Picard, learned a valuable lesson from the launch of his latest show Star Trek: Discovery: don’t disappoint fans by promoting a release date you can’t meet.

Why am I excited before we have seen anything more than a teaser trailer?

A new Star Trek movie is not on the horizon meaning that CBS has to double down on the television productions to keep new and existing fans interested. And they are… CBS has committed to giving Star Trek it’s due. That builds my anticipation.

Knowing that Sir Patrick was in the preliminary writers’ room as a valued resource and expert on the Picard character is building my anticipation. I can’t wait to find out where they’re going to take this iconic leader, what part of the Federation the show will explore, how far into Picard’s future will they start… the opportunities are endless. It’s just a matter of waiting to find out which ones they choose to share first.

How Star Trek improv and trailer can help ease your wait for the new Star Trek: Picard series

Okay, are you ready to take in the Captain Picard thirst trap? It may help you ease the wait… or make it worse.

What will help for sure is the The Dandies’ Star Trek improv show, Holodeck Follies! Come check out the show the second Saturday of every month at Comedy Bar.