Aside from memories of listening to Boney M’s Christmas album and Bing Crosby’s Mele Kalikimaka, I don’t find much joy in the Christmas season. And that’s okay. I have family and friends who love me and I enjoy taking the day for myself.

Admittedly, I spent far too much time trying to find a way to enact the plot of Star Trek: Generations — no, not the fight between Picard and Kirk. No, not crashing the Enterprise, though my Holodeck Follies character has a reputation for ship mangling. I mean Dr. Soran’s desperate plans to re-enter the Nexus and be in a reality of your desire.

Being a little more practical, I found alternative activities to indulge and amuse myself until I could own a holodeck suite or its primitive predecessor: a 20-camera VR setup.

So instead, on this day that seems to bring others comfort and joy…

I would be remiss not to mention the Star Trek movie franchise right off the bat. There are 1500 hours of content to quote long and prosper. I’ve already mentioned Generations as a must-see film, but my favorite TOS crew movie is Star Trek: The Voyage Home. It is a whale of a story where you can tell the cast had as much fun as the audience.

Try pairing your viewing with a drinking game!

Need a break from Star Trek? Rewatch 1600 hours of Star Wars or 1100 hours of Harry Potter!

I used to voraciously read through works of fiction. I got up to a book a day at one point, speed walking and reading became my sport of choice.

On one hand, I miss the days of going to the library to drop off my stack of Heinlein, Laumer, Norton and Saberhagen for other books from their catalogue. On the other, I don’t miss the scramble of trying to find a book before the due date. I went to university, got a job and family and I forgot about reading for fun.

Every few years, I try to get back on the reading train. My last two books were Kari Maaren’s Weave A Circle Round and Kelly Robson’s Gods, Monsters, and the Lucky Peach.

I wanted to support the authors, but I was delighted to find that each book featured time travel. I like stories that blend history (real or imagined) and the immediate and long-term implications of choice. They are also similar for having fully realized diverse characters. Where they diverge is the joy of having multiple books to read. Go check them out.

This year, I was gifted David Small’s novel Home After Dark at the Geek Hard holiday party. It is a graphic novel set in the 1950s. I’ll let you know how it goes.

3. Catch up on my favourite science magazine

When I started working full time years ago, before I knew about the Internet, I bought a subscription to Scientific American. I loved the astronomy and brain research editions but also wanted access to general science across the different disciplines. In an act of nostalgia, last year I asked and received a digital subscription. I access the monthly magazine through their Android app so I can go back and read articles at my leisure.

An article that sticks in my mind relates the effects of MDMA on octopus.

Octopus brains and ours should have no correlation since we developed on divergent paths 500 million years ago. And yet, those smart, shy creatures were partying and experiencing “All The Feelings” like my former raver self. Growing up I read the arcade video screens and “Just Say No to drugs” but if it’s good for octopus maybe they know something.

I haven’t played MtG in years, mostly because I don’t want to get tempted into buying reprints of existing cards with new art. I enjoy the art and game mechanics as much as the cunning to create interesting combinations.

The Eventide expansion set produced some of my favourite cards. There were an abundance of dual colour cards with cool effects or colour matching bonuses. For example, the joy of a red and white deck for damage, healing, and quick creatures. I would also throw the Spitemare and Figure of Destiny into my white monocolour deck as flavour cards.

I could do the responsible thing and finally sort my cards (by series and numerically) and put them in binders. I could do that; but, if history has shown me any pattern, I am more likely to start building new decks as soon as I see a cool card — probably a multi-colour deck. Definitely.

Andie gifted Diablo 3: Eternal Collection as part of her PS4 gaming package to me. I’ve already played through it twice and I’m now playing through the Adventure mode! 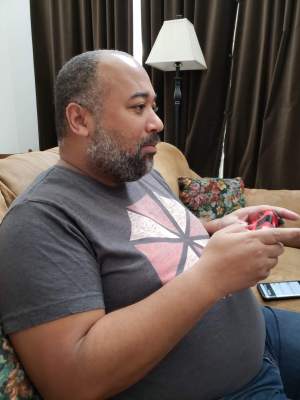 I’ve been a fan of Blizzard for decades. I bought Warcraft, Starcraft, and then Diablo. I had Diablo for PC, XBOX, PS3, and now PS4. If there was a mobile version, I would have that too. There is so much replayability because of the random dungeon levels, the endless equipment options, and the low barrier to engagement.

I have abandoned my mobile games (Fastlane, Legendary, Lords Mobile and even 2048) in favour of console play. I have the other games from my gift pack (Spider-man, Assassin’s Creed, Gods of War, as well as Red Dead Redemption from my PS4 bundle). As if that wasn’t enough, I downloaded Star Trek: Online.

Over the holiday, I am indulging in hardcore gaming hours; but, come the new year, I will scale back to casual gaming again.

I will see family and friends somewhere in there, eat fruitcake, and drink eggnog, but I would do that year round.

Happy Holidays, however you geek out!