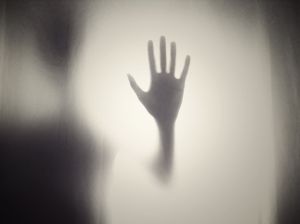 Any time of year is geek comedy time – at least, if you’re a member of The Dandies. When October hits, though, I love curling up at home, turning off the lights and watching horror movies. I try to find new ones from the last year, but usually, among the new ones, I return to some of my favourites. Some of these favourite go-to films for the Halloween season are specifically my favourite sci-fi horrors. Here are six that I gladly say will hold up for repeat viewings.

Six of my favourite sci-fi horror films (including one full of geek comedy!)

The epitome of sci-fi horror in my eyes, Alien is a must watch Halloween movie at my house. The cinematography is immersive, with a natural look. I love the way darkness is used to add suspense. Since you can’t always see in, say, the corners of rooms, you never know what might pop out and when… Unless you’re me because I’ve seen it so many times, I could recite the moments from memory. Despite that, I still find the movie entertaining and it never fails to draw me into the mystery.

It may not have been a hit when it first came out, but Event Horizon is now a sci-fi horror classic. Like with Alien, I enjoy the way Event Horizon draws me into the mystery of what is happening on this ship. The film feels like a great haunted house flick – except the house is moving… and in space. The atmosphere starts eerie and slowly slides towards hellish. If you’ve avoided this one because it flopped initially, I suggest going back and giving it a try. Trust me, you’ll be glad you did.

Circle is a recent discovery for me, but it’s already on my “rewatch every year” list. The idea is simple; in fact, it’s so simple that, at first, I wasn’t sure if there would be enough material for a feature film. But it did. The film is a fascinating look at people, their survival instincts, and their values. It’s the most obscure choice for this list, but Circle is worth searching around for.

Flat out, Life isn’t reinventing the wheel. The structure is familiar and there are no grand twists on it. If you’re like me, though, and you LOVE the Alien series, Life serves as Alien Light. The writing and cast do a good job with the material. It’s kind of like going to a greasy spoon: if you go in expecting fine dining, you’ll be disappointed; but, if you are craving the greasy spoon experience, it’ll satisfy you.

The Mist is another film that uses cinematography to create a sense of claustrophobia. There’s a blend of mystery and explorations of human nature, especially under stress. While The Mist has a few lighter moments, don’t go into this expecting geek comedy. In fact, don’t be surprised if the ending leaves you teary instead of terrified.

Once you’ve gotten your sci-fi dramatic horror fill with these first five movies, add some geek comedy to your Halloween viewing with…

The Cabin in the Woods

If you’re looking for geek comedy combined with sci-fi horror, this is the film for you! I was skeptical at first, but The Cabin in the Woods takes the “young people getting into trouble off the beaten track” genre and turns it right on its head. There are many meta and nerd references, as well as some solid jokes. It’s not the scariest horror, but it’s a fun ride – and a legitimately solid movie. It also doesn’t take itself too seriously, which is nice.

Need some more geek comedy in your life? Holodeck Follies is returning to Comedy Bar this weekend!