The Dandies had a busy September. Between our long weekend at Fan Expo Canada and our road trip appearance at the Festival of Wizardry, we entertained over a thousand new fans of our improvised fandom comedy shows!

Now, we’re ready to jump back into our monthly flagship show.

Canada’s only Star Trek parody show for Trekkies and non-Trekkies. 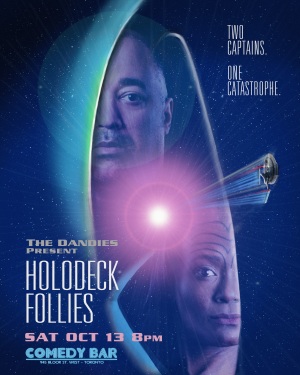 The entrance to Comedy Bar is not wheelchair accessible, at this time. However, once inside, both theatres, bar area and washrooms are located on a single level.