“The holidays have interesting affects on the crew of the USS Hummingbird. How pon farr will they boldly go?” 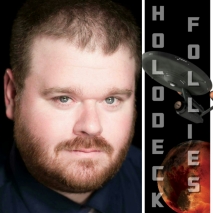 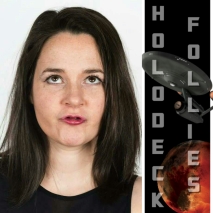 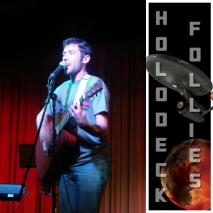 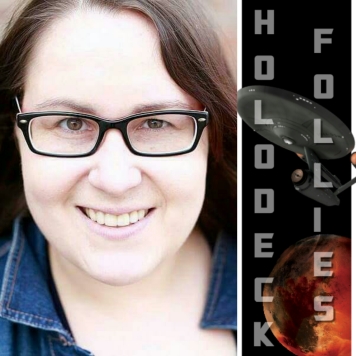 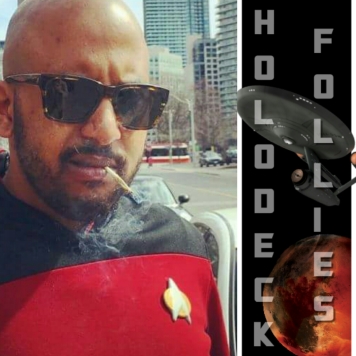 Give yourself an early Christmas gift by celebrating geek improv in Toronto!

Jennifer McAuliffe – When not writing for multiple comedy sites such as *Reductress and CBC Comedy, she’s on stage in clubs and colleges in Canada, the United States, England, Scotland, Ireland, and Bermuda. twitter.com/JenniferJokes

Xave Ruth is a comedic singer-songwriter has performed numerous times at Holodeck Follies over the years. Xave has toured Canada twice but calls Toronto home. Last year Xave filmed a LIVE COMEDY SPECIAL that will be released early in 2018.

Update: due to a scheduling conflict, Dana J Phoenix is unable to join us.

Great gift for Trekkies: Two amazing improvisers rejoin us from the historic USS Albatross:
Brie Watson – Improv, stand-up and sketch comedian & live comedy producer living in Toronto. She is the creator of the improv shows What If? Improvising Your Alternate Universe and Guess Who’s Coming to Improv?and is currently a member of the improv troupes Chakra Khan, PERSONS, The Unexpected Arousal of Jessica Fletcher & Leopard Cohen. She also performs in a sketch comedy duo alongside David Lahti called The Utilidors.

Andrew Haggith – He is an improviser who can be seen performing in various shows around the city. He is also the producer of the improv show Coming Soon returns! which can be seen at Comedy Bar.

“The Dandies delivered a show that could be described as ‘engaging’.” – Ilana Lucas, Mooney on Theatre

The crew of the USS Hummingbird visited a strange, inhabited moon. The very intelligent plant life were bored with their life as the sole authors of Earth’s fan-fiction. Tachyon Field finds out his missteps aboard the USS Albatross are now considered required learning at the Academy.

The Dandies boldly go where no one has gone before: Holodeck Follies – Canada’s only Star Trek parody for Trekkies and non-Trekkies alike! The Dandies improvise a new Star Trek episode based on audience suggestion and interaction.

Note: this venue is not fully accessible. There is an outdoor and indoor flight of stairs to the venue. However, the washrooms and stages are all on the same floor.