(Update: noon – including reactions from Alan Leightizer as an addendum)

Velvet Wells (Chief Engineer Tachyon Field) and Alan Leightizer (Lieutenant Guy Guyson) are crew of the USS Hummingbird. They have performed together at Holodeck Follies for the last five years. 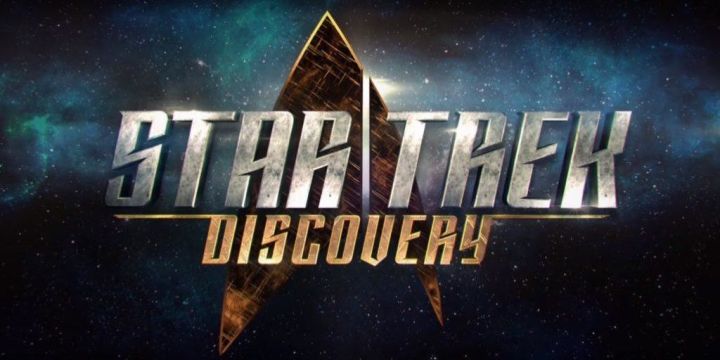 What is your first reaction to the show?

The “Vulcan Hello” is the first Star Trek episode that feels like a movie. This is an improvement over some Star Trek movies that felt like television episodes. It is superior to many other first episodes I’ve watched on Netflix. For example, this one episode is a palate cleanse from the entire first season of Marvel’s Iron Fist on Netflix.

What about the pre-credit scenes?

Starting with subtitled Klingons narrative was a bold move. Then women of colour, the Starfleet chevron and the ship through the clouds. Love the focus shifting toward Other perspectives rather than the humdrum boys-only tale telling.

What about the title screen?

The title screen was an interesting graphic throwback — it felt like a pulp Bond novel for space adventurers.

The opening theme doesn’t have the heart of the Star Trek: DS9 theme but it is a welcome relief from the gaff that was Enterprise.

Which characters or moments stood out for you?

First… it is called Star Trek — space is gorgeous, the briar patch and binary star system is stunning.

Captain Georgiou and Cmdr Burnham have an interesting dynamic. Both strong minded but very different perspectives. The question of The Diplomat and The Soldier was very engaging Star Trek dialogue that I wish was further explored.

Saru is uninteresting so far, as a Marvin the Paranoid Robot/Eeyore type. He seems to have some computational abilities (biometrics especially) and is the Science Officer so he will likely have character growth around being more person than job.

Sarek might get better once Spock joins the academy but initially he looks like someone is interrupting his Matrix cosplay meetups. Actually, I’m just jealous I wasn’t invited.

What do you think of the ship?

The USS Shenzhou ship design is heavily JJ verse inspired. Like Federation idealism, it has a keen gloss to it. The transporter room looks older technology than the hallway and elevator.

From promotional material, the USS Discovery looks odd but so did the original Enterprise. (Team Voyager)

The holographic meetings are Star Wars inspired but they may offer some interaction dynamic that subspace screen conversations couldn’t muster.

What do you think of the Klingons?

The Klingon makeup is finally handled properly – alien looking with subtle skin tone and facial variations and, most importantly, no hint of blackface unlike other shows in the franchise.

Their ships are huge and intricate. Ancient and new tombs on the hull? Fearsome.

Any moment not work for you?

The Shenzhou crew doesn’t seem that remarkable but fortunately that won’t be an issue for long.

Since Burnham worked with Georgiou for seven years, it seems illogical that she would defy orders so drastically yet be considered Captain material. Also, she would know more effective means of convincing her Captain. However, it leads to prolonged tension between them and that’s okay too.

Are you looking forward to watching more episodes?

Yes! So far it is the right balance of treknobabble, moral angst and getting into trouble.

We already know that the Klingons will represent religious tyranny, war mongering and fascism in this franchise. We may not be able to defeat our enemy, but we can enjoy watching the Federation quell theirs.

Addendum from the logs of Lieutenant Guy Guyson (Alan Leightizer)

Stay tuned for reactions for next Star Trek: Discovery episodes from another member of the crew of the USS Hummingbird (The Dandies).