Join us at Rainbow Cinemas Market Square in nine days (December 17th, 2015 at 7 p.m.) for a preview of the highly anticipated return of the Star Wars franchise.

Thirty years after defeating the Galactic Empire, Han Solo (Harrison Ford) and his allies face a new threat from the evil Kylo Ren (Adam Driver) and his army of Stormtroopers.

Rainbow Cinemas Market Square will have two screens running the movie, so if you don’t get your advanced tickets to join us for the 7 p.m. show in time, you still have a chance to see it at 7:15 p.m., 9:50 p.m. and 10:00 p.m.
There are no service fees but VISA or MasterCard required for online purchase; they also have a ticket machine in the lobby and the box office is open.

The Dandies will be there acting as host, cosplay judge, and trivia question master. Just for showing up dressed your favourite Star Wars cosplay, you will receive a 2-for-1 pass for a future visit; there will be a best cosplay prize as well. Additionally, enter the pre-screening trivia contest for other prizes. 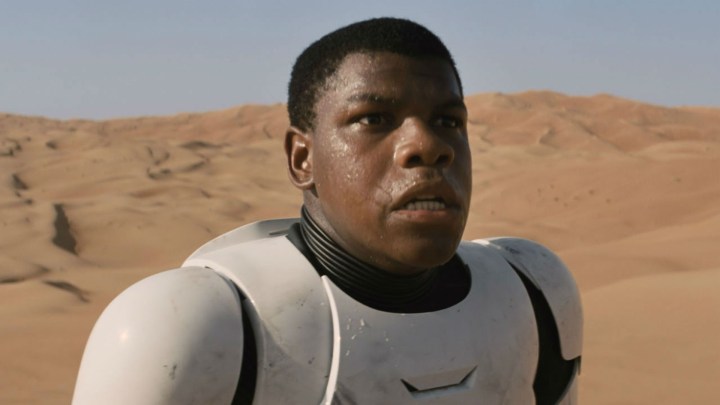 On a personal note I am looking forward to watching John Boyega, I saw him in Attack The Block, as the downed stormtrooper. The return of (some of) the original franchise stars is a nice touch but I am glad for a protagonist that looks more like me.

As a kid, I flashed my lightsaber around and pretended to drive the Milennium Falcon, X-Wing, or Vader’s ship. I wondered why the only black person in the movie was untrustworthy. This new movie seems prepared to address that wrong-mindedness.

I am also eager to like the Star Wars universe again. The Ewoks and racist Gungan made live action too unpalatable for me.

Want to chat more about potential plotlines? The Dandies and Rainbow Cinemas Market Square are keen to hear from you on Twitter.