For Close Shave 4, I’ve focused more on treat and less on tricks. Unlike previous Movember benefit shows, I want to celebrate Halloween with everyone (partying, dancing, and karaoke) but I am still looking forward to the show portion!

I’ve wanted to have Todd Graham on Holodeck Follies all year. I first saw him perform at Zabrina Chevannes show at Comedy Bar (with Sandra Battaglini) but Todd is a busy performer, guesting and headlining shows across Southern Ontario. 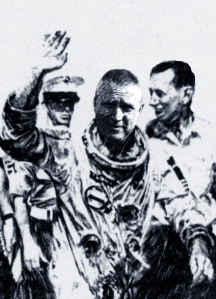 Todd is registered as an intergalactic space comedian with The United Federation of Planets. He has appeared at comedy festivals across the Alpha and Beta Quadrants including JFL42 and NXNE.

Todd may be self-effacing but I agree with what Danish Anwar said (except the date of course):

Todd Graham is one talented mofo & you should check him out, preferably on Sep 19 at Stand Up for Animals Toronto! http://t.co/jD7DPmHdkx

There was an error retrieving images from Instagram. An attempt will be remade in a few minutes.