Tim Russ played Lt Commander Tuvok (VOY), the only visibly black Vulcan male in the Star Trek universe. He had other guest roles within the franchise shows and movies (one of two actors who played alongside 4 of 5 Star Trek captains), Tuvok was his best known Star Trek role. Trivia: He auditioned (and was considered) for the Geordi La Forge role when he was 29.

As an aside, it was unfortunate to me that there was only one black Vulcan family in existence as it was a missed opportunity, by the producers, to give Vulcans (a superior alien race) a truer sense of diversity. Now that the new movie franchise has blown up the planet (spoiler: and never really deal with the repercussions because they favoured lens flares), I doubt there will be any reason to expand beyond the all-white Vulcan casting. 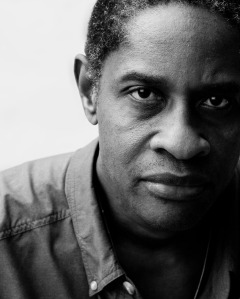 Timothy Darrell Russ played the stalwart, obstinate, humourless security officer aboard USS Voyager. The seven year journey saw his character take on interpersonal challenges of leadership, friendship, emotionality, and assimilation. What I enjoyed the most about Tuvok was that he was not charming but he was fascinating as the logical sage. Tuvok was the samurai — loyal, determined, duty-bound, masterful, and mentally and physically tough as nails.

Tuvok was the conduit through which fans like me could honestly view the other characters, situations, and the Federation. The character was given the back-story of having little patience for the human tendency to make it all about themselves — a trait within the narrative that bothered me. I was not watching Star Trek to see a mirror to my current society but to see an idealized potential of a future place. Tuvok provided counterpoint to Janeway’s emotional intelligence and leadership under duress, the ever-annoyed (spoiler: annoying) Chakotay and his Maquis management-style, Seven’s striving for humanity, the maturation of Paris, and Kim’s career goals (spoiler: never happens).

Far and away my favourite episode had Tuvok and Lon Suder paired up. To see the transformation from typically neutral and nonplussed into dangerous hunter was a great acting exploration. By exploring this other aspect of Tuvok’s being, the audience gained a great affinity for and attachment to the reserved character.

Tim is currently directing/editing the fan created Star Trek: Renegades (and reprising the Tuvok role), acting in other productions, and singing with his band. You can interact with Tim through Twitter.